Pei-Hsuan Wang (1987, Hsinchu City, Taiwan)
Pei-Hsuan received her MFA from Cranbrook Academy of Art in 2012 and her BA from Macalester College in 2010, both in the USA. She has exhibited work at Taipei Fine Arts Museum, Hong-Gah Museum (Taipei), and the National Gallery of Indonesia (Jakarta), among others. Residency programs include the International Studio & Curatorial Program (ISCP) in Brooklyn, the Asia Culture Center (ACC) (Gwangju), and the Rijksakademie, Amsterdam, Netherlands. Solo and two-person exhibitions include “You Are My Sunshine” at Taipei Contemporary Art Center (TCAC), “For Iris” at Chinese American Arts Council (CAAC)’s Gallery 456 (New York), “Momentary Grace” at Haiton Art (Taipei), “The Uncontainable Tales of a Paradise” at Waley Art (Taipei), and “Mobile Scapehood” at FreesArt Space (Taipei). Wang was winner of the Special Jury Prize for Sanya Youth Award 2019 in China, finalist for the Taipei Arts Award 2016, and has shown at the Taiwan International Video Art Biennale, Jakarta Contemporary Ceramics Biennale, and the 18th Asian Art Biennale in Bangladesh. In 2022 she lives and works in Ghent Belgium, residing there during her post graduate at the Higher Institute for Fine Arts (HISK) in Ghent. Utilizing media spanning video, sculpture (ceramics mostly), drawing, and installation, Pei-Hsuan Wang’s practice inquires into personal insecurities navigating between the East and the West, two cultural and geographical delineations that have shaped her upbringing. Drawing from trauma, memory, family history and aspirations, Wang’s work mines the vulnerabilities, contradictions, and beauty that reside in identity formation as an Asian woman in diaspora. The artist’s 11-year-old niece Iris, a White and East Asian mixed-heritage, first-generation Taiwanese American, has inspired a body of work that imagines racial and cultural hybridity alongside various archetypes in nature and in myths. Zoomorphic beings become a kind of guardian and portal, giving form to the inner experience and opening up narratives that empower from the visceral as well as the imaginative. 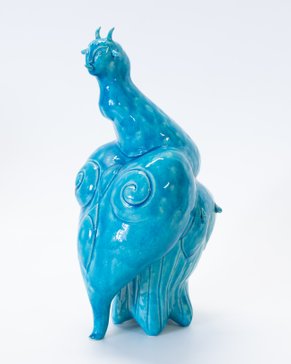 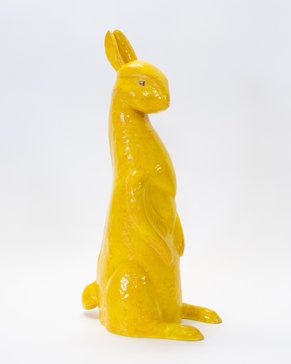